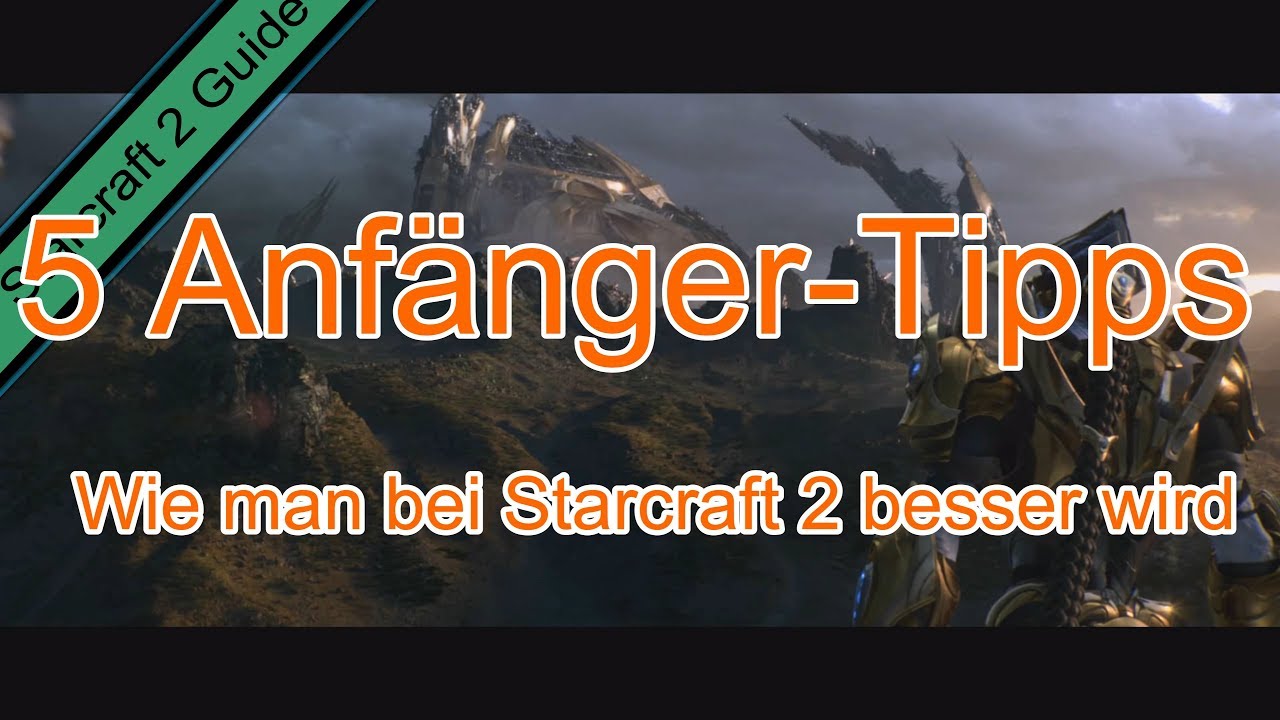 Two of the terms you'll hear mentioned a huge amount in discussion of StarCraft 2 are the twin pillars of the game's strategy: Macro and Micro.

Put very simply, Macro concerns the maintenance of your economy keeping workers busy, resources flowing and so on , as well as the growth of your overall fighting force, pursuing whatever pre-determined strategy you've decided to work towards.

Micromanagement, on the other hand, refers to the more fiddly business of controlling individual elements of your army, or groups of fighting units.

It is absolutely vital that you pay close attention to both of these elements, and continue doing so at every stage of any given match.

Fail to do so and you might find yourself starved of resources to rebuild after a fiddly, losing battle. Spend too much time playing SimCity, on the other hand, and you'll lack both the intel and means to defend against your opponent's mounting forces.

Take comfort from the fact this process comes naturally to nobody, and in each match you should simply focus on trying to do one thing better than you did in the previous match.

If you keep practising in this way, then you'll eventually find yourself passively improving at monitoring both elements of the game.

It's a painful learning process, but a necessary one and you will get better if you persevere. To make things a little easier on yourself, it's important to go into each game with something called a build order in mind.

This ensures you have a goal to work towards, and helps you work efficiently towards achieving it. There are more build order options out there than we could possibly summarise in any one guide such as this, but we wanted to highlight a solid starting list for each race that you can use to get going with.

In each video you'll find a versatile build order that should serve you well in all of your early match-ups. This is one area where you can take a little time to play against the AI, getting the flow of your hotkey and control groups together see further on in this guide , while starting the process of building a super-efficient and robust economy.

Again, just don't get addicted to stomping easy AI opponents in this way, and get back into real multiplayer at your earliest opportunity! If you commit your chosen build to memory, you will find yourself at a huge advantage in the early stages of the ladder climb.

Having a solid plan in place will also free you up to focus on honing your other skills in the early days. If you do not make use of hotkeys, you are always going to be at a permanent disadvantage to anyone who does - even if all things being equal they're an inferior player to you.

It takes time to move between multiple UI elements, after all, moving your mouse and then clicking. How much better it would be if you could simply tap a button and head straight to your unit or structure of choice!

Fortunately, StarCraft 2 provides an extremely flexible system for assigning hotkeys on the fly, and you are strongly encouraged to do so right from the very beginning of your time with the game.

That way you minimise any bad habits you might pick up, and reduce the amount of time between the decisions you make and the actions you take.

If you examine the StarCraft 2 interface then you'll notice that every unit and structure has a hotkey assigned to it. You should commit every one of these to memory, and then get into the habit of using them - no mouse!

This will help you spend your resources efficiently, without wasting any time either looking down at the keyboard or introducing unnecessary and time-consuming mouse movements to the production process.

Although not as precise or useful, you can also assign location-based hotkeys using the F keys. Just hold down Control when you're at a location you want to remember and hit one of the available F keys.

This way you'll be able to tap on the key whenever you're somewhere else, and come whizzing back into view. Control Groups are another vital element of playing StarCraft 2 competitively.

Entire guides could be written on the subject, but for the purposes of our beginner's guide we're going to give you a basic overview.

We'll expand on this section if the guide proves popular. Put simply, Control Groups allow you to assign units and structures - individually or as groups - to the keys, which in turn allows you to very quickly jump to whatever area of the game you need to oversee immediately.

You might want to keep tabs on a scout you've sent patrolling for example, jump quickly back to your base to check on your resource situation, or just keep the factory lines rolling with new production orders.

To assign a unit to a Control Group, simply select it, then hold down Ctrl and To add additional units to that same group, select them and then hold down Shift and the number in question.

It's a bit fiddly at first, but you' will'll get used to it quite quickly. Note that if you want to select multiple units of the same type very quickly, double-click one of them.

This will add all of the units of that type that are currently visible on-screen to the selection. You can also hold down Ctrl and click one of the target units to achieve the same result.

There are many, many ways of assigning Control Groups, but here are a few selections that are generally considered very useful to have quick access to.

Remember that a double-tap will zip the screen right over to the item you've assigned. This will allow you to quickly zip over and find out what they've uncovered about the enemy's plans.

This lets you get back to base quickly to check on the state of production and resource gathering. This will allow you to keep production rolling rapidly, without you having to revisit the base.

Simply select the group then choose your production option using the hotkey options. That way if they run into trouble you can quickly jump over there and undertake some vital Micro work, or just ensure they live to fight another day by cleanly running away!

Having these units on groups also means that if you send out an attacking force yourself, you don't have to anxiously babysit them the whole way there, when you could be doing something more productive.

Here are some general tips and tricks that the starting StarCraft 2 player would be well advised to take on board! This will allow you to assign multiple units to the same shortcut, which you can then easily switch between to stay on top of the action taking place right now.

If you have access to the single player mission content, we actually recommend playing through the campaign using your preferred hotkeys and control groups.

Take our challenge and advice here: from your first multiplayer game onwards, select nothing with your mouse. You'll suffer for it in your early games, but will be highly incentivised to get on top of things much more quickly.

Pain is a great teacher, after all Do not spend too much time playing against the computer when you first fire up StarCraft 2. By all means rattle off a couple of AI matches to get used to the basics of playing from a fresh start, but you have nothing to lose and everything to gain by getting stuck into matches against real-life opponents.

Yes you're going to lose a few at first read: a lot , but you will learn so much more this way. You're not here to dominate - not yet at least - rather, you're here to learn something new each match, and which you'll take with you into the next battle.

You are going to go up against opponents who turtle that is, hide themselves within ludicrously over-defended bases from time to time.

Make harvesters, make units, make more production-oriented structures, and if all else fails…expand!

Just make sure and spend your money. If you can bring in money, spend the money and maintain supply: You will win games. Every time you get within a few supply of your capacity, increase said capacity so you do not get stopped!

After a while you will develop the ability to anticipate this at a higher level. Make sure to cultivate that by being aware and working toward the goal of never being supply capped!

How much do they have? If you know these things, you have a chance to react. As you play Starcraft 2, you will learn the red flags and essentially develop a 'sense' for what is about to or could happen.

If something works, tweak it. Try it some more. If something fails, do the same! This is a young game with lots of capabilities.

Don't get fixated on a few tactics because they will eventually bore you, but you may also find you like something else more!

Starcraft 2 is an exciting social event. Facebook integration and other features are built around getting you near and by your friends or people of similar skill in the ladder.

Utilize these both for the fun factor but also to help you get better! If it starts to become a chore or something you don't enjoy, take a breather!

Go play a game with a silly tactic. Hop on 3-versus-3 with some friends. VentureBeat Homepage Games Beat. The Machine AI.